Alfredo Schuster was born in Rome on 18 January 1880 of Bavarian family.

Orphan of father, when he was eleven years old he applied as a student at the monastery of St.Paolo Fuori Le Mura, where he later wore the Benedictine habit and followed the monastic profession, assuming the name of Ildefonso.

During his novitiate years he was in close contact with the blessed Placido Riccardi, who molded him to a robust spirituality founded on the meaning of his own nothingness and the absolute abandonment to the will of God.

On 19 March 1904 he received the priestly ordination in the Basilica of San Giovanni in Laterano, and at the age of 38 he was elected Abbot.

On July 21, 1929, Pope Pius XI ordered the abbot Schuster bishop for the Church of Milan, after having elevated him to the dignity of cardinals. His constant inspiration was St. Carlo Borromeo whose charity towards the unhappy and firmness in defending the integrity of the faith and the freedom of the Church, whose concern for the increase of participation in the sacraments and the Christian doctrine and assiduous presence next to the people especially through pastoral visit he imitated, implemented almost five times throughout the Diocese.

During the Second World War he remained in his city, occupied by the German troops, he implored with his intervention the destruction of Milan and rescued, without distinction of parts, the innumerable sufferings and the miseries caused by the conflict.

His passionate zeal is witnessed by the convocation of five Diocesan Synods and a Provincial Council, the celebration of Eucharistic and Marian Congresses, the edification and dedication of places of worship, the numerous and precise letters to the clergy and to the people, the renewal of the liturgical life, the impulse given to parish speakers and cultural centers, the revival of the Catholic daily, the support offered to Christian social commitment.

In 1942 he established the Pia Association “Pro Seminario” and nominated Ezia Fiorentino as diocesan secretary.

The feast of Pentecost of 1945 with Ezia Fiorentino constituted the Secular Institute of the Missionaries of the Royal Priesthood and he laid out its first Statute. Ezia Fiorentino President. Diocesan spiritual assistant Father Raineri Boga.

On August 14, 1954, obliged by the doctors to finally give himself a few days of rest, he retired to the seminary of Venegono Inferiore where, at the dawn of August 30, 1954, his industrious earthly existence ceased.

The corpse was transported to Milan between two unbroken wings of the crowd that knelt down, cried, prayed moved at the passage of the hearse. The factories were closed and all the bells sounded mourning. An overwhelming crowd filled the Duomo day and night to greet the hailed corpse.

On the 30 August 1975, on the third anniversary of his death, his successor, Cardinal Giovanni Montini, initiated the information process for the beatification process of the holy Archbishop who was proclaimed blessed by Giovanni Paolo II on 12 May 1996 during a solemn celebration in Saint Peter. 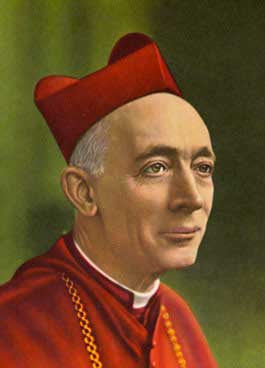 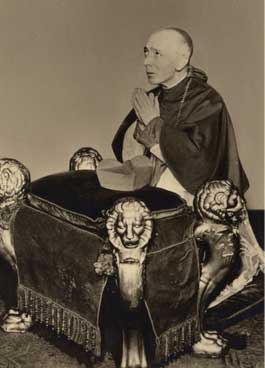 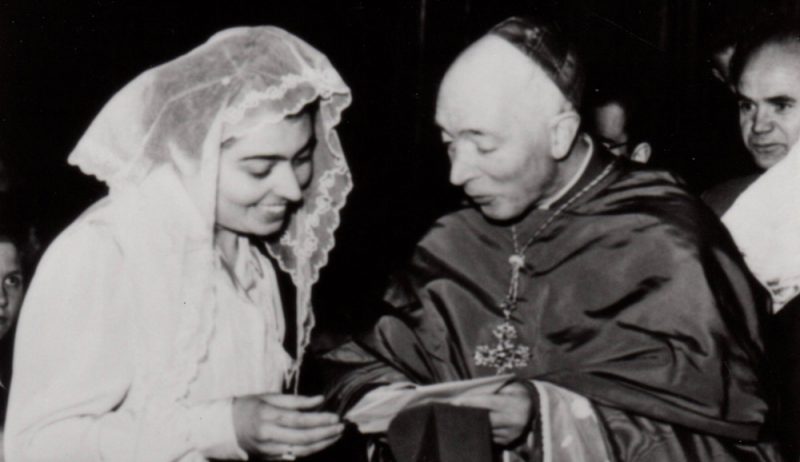 Foundress, with Blessed Cardinal Alfredo Ildefonso Schuster, of the Secular Institute of the Missionaries of the Royal Priesthood of Christ.

Ezia Fiorentino was born in Busto Arsizio on 1 December 1911.

After attending the magisterial schools, in 1929 he enrolled at the Institute of Magisterium of the University of Milan and met Father Gemelli and Armida Barelli of whom she was a trusted collaborator for years.

In 1935 he graduated in “Philosophy and History” and from 1936 to 1938 he was assistant professor of Pedagogy of Sofia Vanni Rovighi in Catholic University.

From 1938 to 1945 he taught at the Magistral Schools of the Sacro Cuore Institute of Milan.

The war events and the collaboration with Cardinal Schuster, who in 1938 had appointed her diocesan President of the Female Youth of Catholic Action, refined and strengthened her attention and her commitment to the needy of any age and condition.

Deeply aware that “the soul of the apostolate” is the communion with God, in the constant search for His will, in the intimacy lived in contemplation and prayer, He demanded an authentic coherence, which she herself witnessed in first person.

In 1942 she was nominated by Cardinal Schuster diocesan Secretary of the Pious Association “Pro Seminario”, a position she held until 1957.

The Pentecost of 1945 with Cardinal Schuster established the Secular Institute of the Missionaries of the Royal Priesthood of Christ of which the Cardinal laid out the first  Constitutions. Ezia Fiorentino as President, diocesan spiritual assistant Father Raineri Boga who held this position until 1969, when the Institute received pontifical recognition.

On 15 September 1948 Ezia Fiorentino and 20 other Missionaries pronounced the First Profession and in 1957 they issued the Perpetual Vows. Ezia remained President of the Institute until 1988.

In 1951 she was elected Municipal Councilor to the City of Milan and began her civic commitments of “assistance and charity”; in 1966 her generous and tireless work for the development of numerous welfare institutions deserved the Ambrogino d’oro of the City of Milan, of which she became a honorable Citizen.

In 1956 she taught religion at the Civic school “Manzoni”, where she also held the position of vice-president.

In 1959 she was awarded by Giovanni XXIII with the “Croce pro Ecclesia et Pontefice”, in consideration of the merits that she had obtained militating eagerly in the service of the Holy Church for the Glory of God “.

Age progressing ever weakened her capacity for spontaneous relationships and the quest for truth. On March 20, 2009 she returned serenely to the Father’s house.

At her funeral Mass, all his Missionaries attended, deeply moved, and the spiritual presence of the deceased sisters was highly detectable too.

“Eternal Jesus Risen Priest, defeater of death, welcome him in the light of Thy Kingdom”. 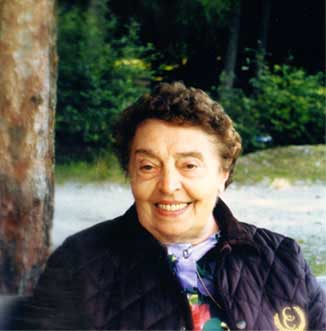 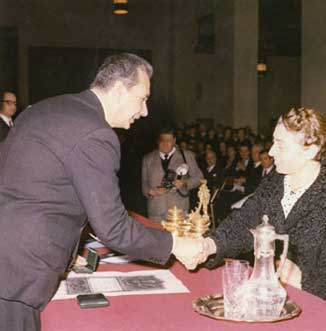