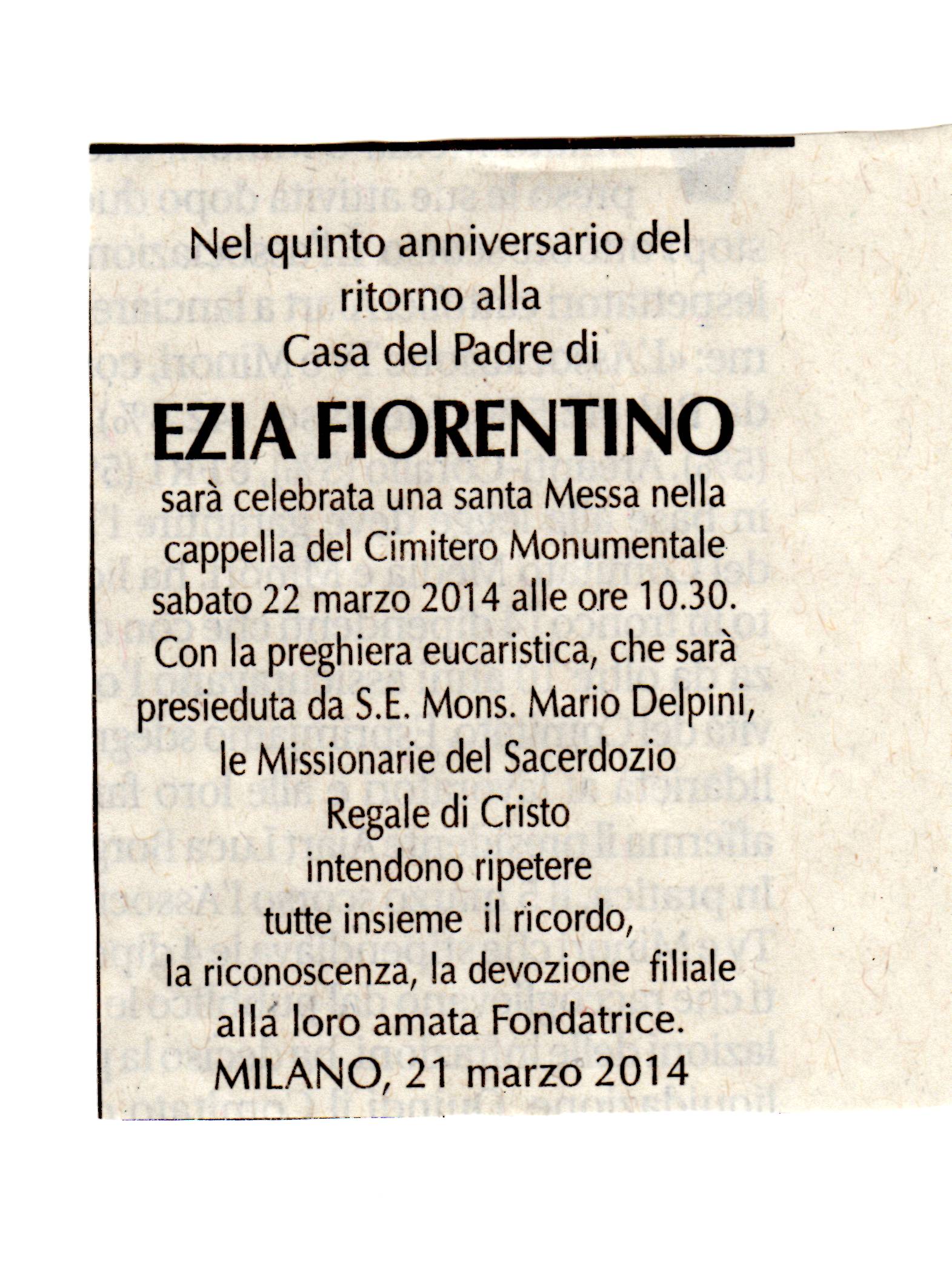 A Holy Mass will be celebrated in the Chapel of the Monumental Cemetery on Saturday 22 March 2014 at 10.30.

With the Eucharistic prayer, which will be presided by S.E. Mgr. Mario Delpini, the Missionaries of the King’s Priesthood of Christ intend to repeat together the memory, the gratitude, the filial devotion to their beloved Foundress.